WA Resident has had enough! No more invasion!

On Monday the 7th of June 2010 the invasion of Leonora began with the arrival of two planes containing 86 so-called asylum seekers who were the first to land on Australian soil before being cleared since offshore processing began under the Howard government. This is the first of at least two hundred illegals who will be heading to the town over the coming weeks. It proves that no matter where you live the results of the open border policies of the fabian marxist Chairman Krudd will find you. There is no longer any place where you can hide from the multiracial hell-hole that is engulfing Australia. 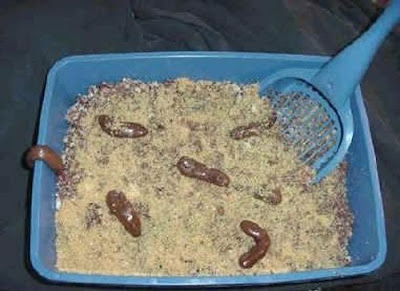 Yes folks the Rudd Government keeps covering them up. Must be an election coming?

One was intercepted on Saturday morning north-west of Ashmore Islands, after it was spotted by a Customs plane. (This was reported in the previous post.)

In the afternoon, a Customs boat responded to calls for help from another vessel (boat number 65) that had engine problems north of Scott Reef.

Passengers (invaders) and crew (smugglers) from both boats were taken to Christmas Island for health and security checks.

Two other boats were also stopped by border protection authorities on Friday.

So, there have been 65 boats carrying 3,033 invaders and 161 reported smugglers that have illegally entered Australian waters up to this evening which was the 156th evening of 2010. onboard. onboard the second ship.
Posted by Australia First Party Queensland at 11:07 AM