Has the Right returned to Australian Politics? 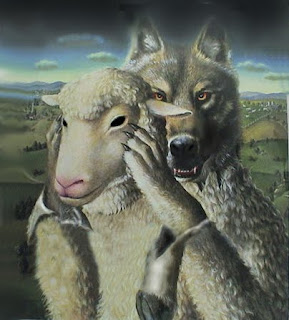 Under the new Liberal leadership of Tony Abbott, should we expect a change in political thinking in Australia?

As we write this the media and the Left are gearing up for a campaign against the Climate Deniers within the Federal Coalition. The accusations of Right Wing Extremists and conspiracy theorists have started to seep out on to Australia Talk-Back radio.

It is fair to say that many voters would be relieved that the Lib/Nat's are showing signs many in their ranks have had enough of being the Right Wing Arm of the ALP. But 'Right Wing' they are not. Many here will remember the role Tony Abbott and his Chinese friends played in the Down Fall of One Nation.

Action against One Nation Party

In 1998, Abbott established a trust fund called "Australians for Honest Politics Trust" to help bankroll civil court cases against the One Nation Party and its leader Pauline Hanson.[32] Prime Minister John Howard denied any knowledge of existence of such a fund.[33] Abbott was also accused of offering funds to One Nation dissident Terry Sharples to support his court battle against the party. However, Prime Minister Howard defended the honesty of Abbott in this matter.[34]

It was Sharples' legal action that laid the basis for the prosecution of the One Nation founders, Pauline Hanson and David Ettridge, which ultimately resulted in Hanson being imprisoned.[35]

Opposition MP Craig Emerson demanded to know where the money for the trust, reportedly $100,000, had come from, saying that taxpayers had a right to know.[36] Treasurer Peter Costello said of Abbott's actions, "I don't think that the way to resolve political disputes is through the courts. I think the way to resolve it is at the ballot box."[37]

The conviction against Hanson was ultimately overturned, leading to criticism of a range of politicians for political interference by the adjudicating justice. Abbott conceded that the political threat One Nation posed to the Howard Government was "a very big factor" in his decision to pursue the legal attack, but he also claimed to be acting "in Australia's national interest". Mr Howard also defended Abbott's actions saying "It's the job of the Liberal Party to politically attack other parties - there's nothing wrong with that."[35]

Australia should applaud the move by the coalition in blocking the ETS. But be warned they are no friends of ours. We welcome the Lib/Nats to the Deniers, Conspiracy and Extremists club. Interesting times ahead.
Posted by Australia First Party Queensland at 12:26 PM