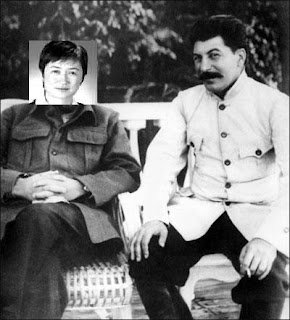 AUSTRALIA'S top climate scientist has contradicted Federal Government claims the drought in the Murray Darling Basin is due to global warming.

"The current dry period (in the Murray Darling Basin) might still be just a fluke, or natural variability," Prof Nicholls said.

"We cannot confidently attribute it to global warming."

Yet Federal Climate Change and Water Minister Penny Wong has repeatedly claimed the basin's drought is due to climate change.


"There is nowhere that this challenge is more serious than the Murray Darling Basin."


But while rainfall has dropped to record lows, other scientists say the statistics don't back Senator Wong's claim.


Prof Steven Sherwood, of the University of NSW Climate Change Research Centre, said the "sceptics here are (for once) technically correct, in that there is no proven link - yet - between Murray Darling drought and climate change".


"Whilst the influence of greenhouse gas emissions do not account for all the observed variations and patterns of this extended drought, they are clearly identified as a factor in the severity of the drought," the spokeswoman said.


However, lead SEACI researcher Bertrand Timbal said his work was not at the stage where he could confidently say the drought was due to climate change in southeast Australia.


Dr Timbal said he was confident the decline in the basin's autumn rainfall went beyond what any of the computer climate models could naturally produce.


Many of the basin's irrigators back the scientific view that the current drought is not linked to global warming.

"The way I look upon this is that climate change is something that happens over hundreds of years, not in 10 (years)," Mr McKeown said.

"I'd like to know where she (Senator Wong) got it from - that the drought is due to climate change. Give us a name of the person or organisation who reported this."
Source
Posted by Australia First Party Queensland at 10:39 AM