Libs silent on Lindsay candidate, as Australia First steps up 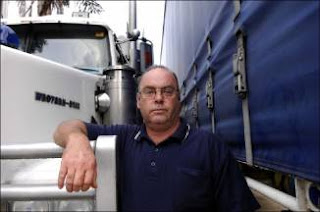 AS Lindsay Federal Labor MP David Bradbury steps up his election campaign, there is still no news as to who his Liberal opponent will be.

With August 28 still the favourite election date with bookmaker Centrebet, the Liberals have put preselection for local state seats - with that poll exactly a year away - ahead of Lindsay. It has been rumoured Senator Marise Payne may contest Lindsay. When the Press tried to contact her this week, she did not respond, even after we called her office regularly for more than a day.

Meanwhile, the Australia First Party’s candidate for Lindsay is Kingswood’s Mick Saunders, who has a truck driving business. “I met David Bradbury two years ago (at a stop work meeting for truck drivers) and asked him to cut the taxes on fuel,” he said. “I asked him that, when we were paying $1.84 on diesel, to cut the taxes so us drivers could still earn a living. “He said it would be bad for economics. He didn’t want to know (about the roll-on effects of drivers out of work).”

Mr Saunders, who has been in transport all his life since joining the army at 17, said he met the Australia First Party in 2008 and agreed with its ideas on “how to fix the country”. He said for the Penrith region he wanted to look at the hospital system, rail, roads, water and small business. “I believe we need another hospital somewhere,” he said.