Tower of Hope a traveling success!

We are happy to report that Saturday's Tower of Hope meeting for Peter Spencer - was a complete success. Not only did the meeting raise over $1000 to help Peter spread his message, it was also  an excellent opportunity for Queenslanders to get involved.


The message at the end of the day, is a simple message. If we don't fight we lose! It is up to the Australian people to get involved and start taking our message to the streets. A mass people's movement using passive resistance as the weapon!

Peter thanked Australia First Toowoomba, saying that although the Tower of Hope movement is Party-neutral, he was happy to accept the support of any Party willing to help the Tower of Hope group spread their message.


Australia First Queensland would like to thank all those who attended. We wish also to thank the good people from Agmates who have worked so hard to help Peter Spencer. 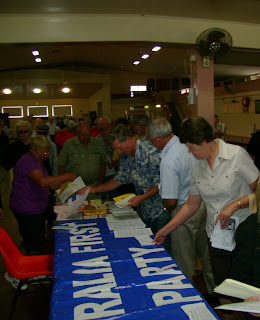 Support for Australia First on the day was very evident with volunteers signing up many new members after Peter finished speaking. 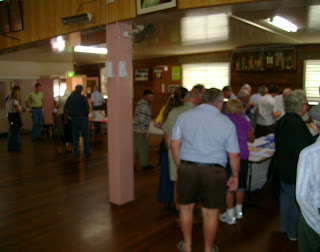 It was also revealed on Saturday that three presiding High Court judges (Gummow, Heydon, and Bell) ordered that the Peter Spencer matter (Spencer v Commonwealth of Australia) be referred to the full bench of the High Court. This is great news. More on this Here.


Posted by Australia First Party Queensland at 9:23 AM